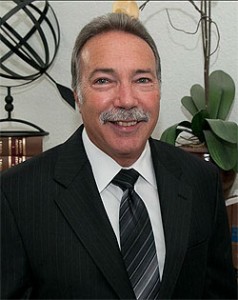 Ronald M. Zakarin is licensed to practice law in Florida, New York and the District of Columbia. He specializes in domestic relations, personal injury, and medical malpractice. Ron has nearly 30 years of litigation experience and has successfully tried family law matters and medical malpractice/wrongful death cases throughout the State of Florida.

Ron’s dedication to his clients is second to none. He works diligently to resolve cases where he can, and tries them in the court of law when he must. Ron has tried complex divorce cases involving business valuations, vocational assessments, social investigations, psychological evaluations, custody and relocation to name a few. In recent years, Ron has received multi-million dollar settlements and verdicts for his clients in medical malpractice and personal injury matters. His reputation and professionalism follows him wherever he goes.

Ron has an extensive background in domestic relations, including dissolution of marriage, child custody issues, and the drafting of prenuptial and postnuptial agreements. He has handled many domestic relations cases over the years in Miami, Broward and Palm Beach Counties and maintains a good rapport with his clients. Many of his current clients come to him through referrals. Knowing that divorce can be an emotional time and a financial burden to couples, Ron is a proponent of marriage counseling and mediation when appropriate. Ron understands that every case is different, and he will evaluate, present the legal options, and provide practical advice and realistic expectations.

In addition to family law, Ron has years of experience handling medical negligence cases.  In a medical malpractice case in 2011, Ron was victorious in obtaining a $1.9 million jury verdict for the family of a middle-age woman who died unexpectedly under the care of her doctors. He also was the lead attorney in a $6 million settlement where an infant suffered severe brain damage as a result of the negligence of the hospital staff. Most recently, he represented a young man who suffered a brain injury when hit by a vehicle crossing the street. Ron was able to settle the insurance claim for the limit of the policy, that being $3.3 million dollars. Ron works countless hours bringing a case to trial, including depositions, legal research, hiring experts to prepare reports and testify, and gathering documents for evidence. His tireless efforts and his understanding of the law have helped clients, who have experienced great loss, finally obtain some closure in their lives.

Ron was born in Queens, New York. He received his B.S degree in Business Administration from the University of Florida in 1980 and his Juris Doctor from Stetson University College of Law in 1984. On a personal note, Ron enjoys martial arts, golf, skiing, physical fitness, boating and reading. He spent many years coaching girls’ and boys’ soccer in his hometown of Coral Springs, Florida and also participated in the Maccabi Games, through the Boca Raton JCC, from 2000 through 2004.